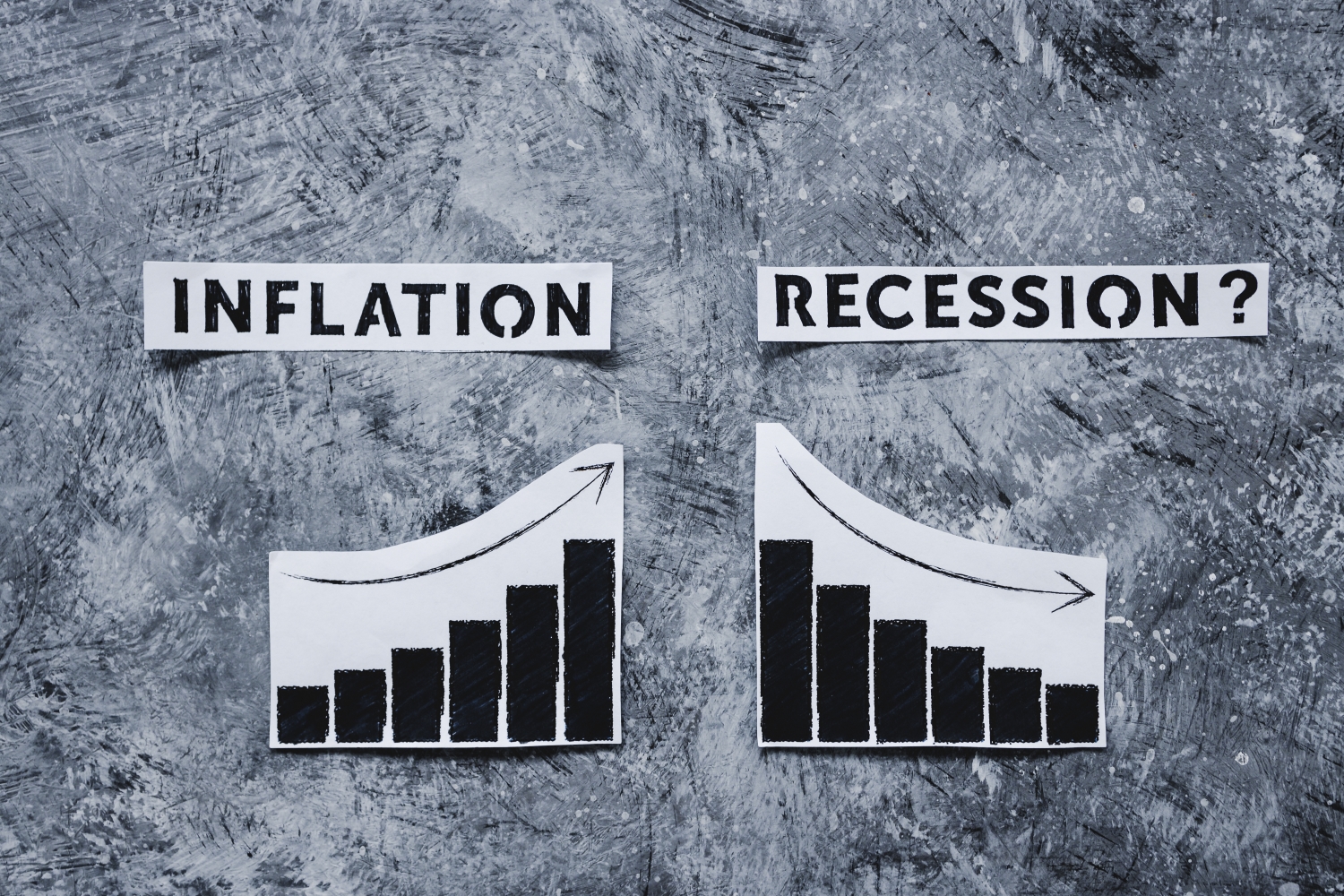 What Is a Recession?

Definition of a Recession

A recession is a period in which economic activity slows down or declines.

The most recent recession in the United States was caused due to onset of COVID-19. It lasted from March 2020 to April 2020 and unemployment rose to 14.7% within a short period of 2 months. The recession before that, known commonly as the Great Recession, began in December 2007 and lasted until June 2009. During this time, unemployment peaked at 10%.

While recessions can be painful for workers and businesses, they are also a normal and necessary part of the economic cycle. With each recession, the economy can reset and prepare for the next period of growth.

Tradester lets you invest in portfolios of your friends and experienced investors. Join the waitlist now to get your unique referral link.*

What Causes a Recession?

One common cause is a decrease in consumer spending. This can happen when people lose their jobs or have their hours cut back, making them less likely to spend money on non-essential items. Another cause is an increase in interest rates, which makes it more expensive for businesses to borrow money and invest in new projects.

Additionally, recessions can be triggered by natural disasters or geopolitical events that disrupt supply chains, leading to increases in production costs and inflation.

While recessions can be caused by a variety of factors, they all share one thing in common: they lead to a decrease in economic activity. As a result, recessions can have a significant impact on businesses, workers, and consumers alike.

How Long Do Recessions Last?

The average recession in the United States since World War II has lasted about 11 months, although the most recent recession due to COVID-19 lasted only 2 months. The longest recession on record lasted 37 months, from October 1929 to March 1933.

After a recession ends, it can take several years for the economy to fully recover. For example, after the Great Recession ended in 2009, it took until 2016 for the unemployment rate to return to its pre-recession level

Impacts of a Recession

Recessions can vary greatly in terms of their severity and their impact on the economy. Some recessions are relatively mild and cause only a short-term slowdown in economic activity, while others can be much more severe and lead to long-term damage to the economy.

Recessions have several effects on society. One is an increase in unemployment. In the United States, the unemployment rate typically rises by one to two percentage points during a recession. This increase can be larger during severe recessions.

Another effect of recessions is a decrease in household wealth. Stock prices and home values fall during recessions, and people feel poorer as a result. Consumer spending usually declines as well, further slowing the economy.

Finally, recessions can cause some people to experience debt problems or even homelessness if they lose their job and are unable to make their mortgage or rent payments.

Recessions are often painful in the short term, but they can also lead to long-term economic growth by forcing businesses to become leaner and more efficient.

While recessions are negative events, they do have one silver lining: they help to reduce inflationary pressures that had been building up in the economy before the recession. This "release valve" effect is one of the reasons why central banks often tolerate periods of slow growth or even mild contraction to avoid inflationary spirals.

How to Prepare for a Recession?

There are several steps you can take to prepare for a recession, including saving money, reducing debt, and diversifying your investments.

Saving money is always important, but it becomes even more critical during a recession. Try to build up an emergency fund that can cover three to six months of living expenses. This will give you a cushion if you lose your job or have other unexpected costs.

If you have debt, now is the time to start paying it down. High levels of debt can make it difficult to weather a financial setback. If you can, try to pay off your credit card balances and any other high-interest debt. This will reduce your monthly expenses and give you some breathing room if you experience a drop in income.

Diversifying your investments is another key step in preparing for a recession. If your portfolio is heavily weighted towards stocks, consider adding bonds or other fixed-income investments. This will help protect your portfolio from market volatility during an economic downturn.

Taking these steps now can help you weather the storm if a recession hits in the future. By saving money, reducing debt, and diversifying your investments, you can protect yourself financially if the economy takes a turn for the worse.

While both recessions and depressions are periods of economic decline, there are some key differences between the two. A recession is typically defined as a period of negative economic growth for at least two consecutive quarters.

A depression, on the other hand, is a more severe form of recession characterized by a prolonged period of negative economic growth and high unemployment.

A depression can last for many years and can lead to widespread unemployment, poverty, and social unrest. In the United States, The Great Depression began in October 1929 and lasted for more than a decade.

While recessions are relatively common (occurring about once every five years on average), depressions are much rarer. As a result, the effects of a depression are often much more severe and long-lasting.

What Is a Bear Market?

Join the waitlist to get your unique referral link*